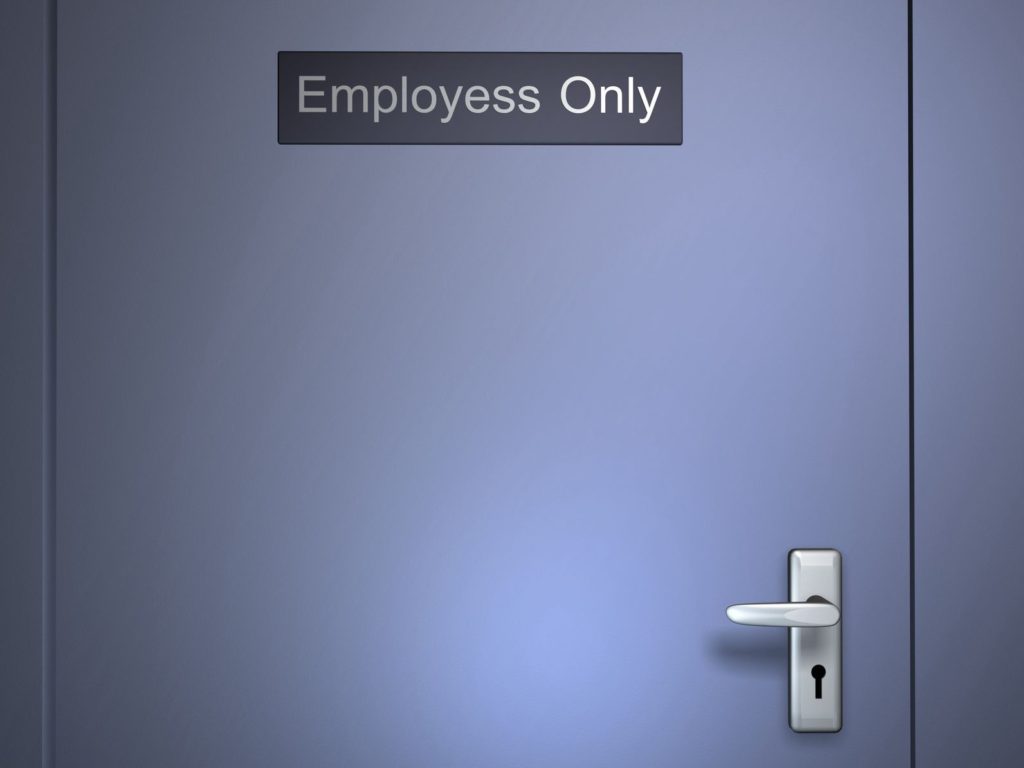 In the previous article, “Firing with Dignity-Part 1” I discussed a problem most every employer encounters; letting someone go.  I listed the most common reasons it gets to that point.  You are encouraged to read that article first.

Those reasons are:  Poor fit, lack of ability or skills and personal problems.  As mentioned, counseling and training are suggested first until it is apparent no change is taking place.  For personal problems an employer may also want to consider a leave of absence depending on the circumstances.  It is important for employers, especially those who struggle with such a tough decision to understand this key point:    Letting someone go when they simply cannot/will not improve is… (Wait for it) the kind thing to do. Yes, “kind.”  As noted in the previous article, people know when they are no longer wanted.  It will be better for all in the end, including the employee.  Looking the other way, constantly complaining under your breath, ongoing “performance management meetings” will lead to an employee with a broken ego and spirit.  Some of you may be picturing a former employee whose cavalier attitude seemed anything but broken.  The reality is that this is often a front, to cover up shortcomings.

So, phase one of terminating with dignity is accepting the termination is necessary and indeed helpful.  Phase two may seem even more unusual. Many employers want to “get it over with” and often have built up resentment. During the termination meeting they say too little or too much in a rude, condescending fashion.  Some may think “Well, they deserve it, always coming in late…”  Yes, that is why they are being fired.  However, how much better could it be if the person were let go with a level of dignity?

The choice of words in any conversation is priceless. Put another way, money cannot take back a regretful statement, choosing words carefully is critical.  So let’s look at an employee who continues to be late.  He must be let go, and you must run the meeting.  You have many options. Here are two examples.

Blunt/Quick: “Zack, that’s it, you keep coming in late.  You blew it.  Get your things, you’re fired.”  Zack will likely be angered by this and may shoot back some comments.  Or he me be quiet and just leave.  He will most certainly play the victim in his head, which could happen either way but consider the other option.

Termination with Dignity: “Zack, we’ve talked about the problem with you coming in late.  You were told that if it continued we would have to let you go.  You are being let go effective today.  It is too bad because you really are a good (food server, driver, etc.) Here is some advice, either find an employer who can provide flex time or make an effort to be on time with your next employer.  You do have great potential.  I wish you all the best.”  Now Zack leaves with a shred of respect and will hopefully think twice before making the same mistake at his next employer.

Sound good but what if the person was (in your opinion) “just plain lazy” and there is little you can provide in terms of a termination with dignity?  Consider these two very different meetings.  “Zack, I seriously don’t know what you all shift.  You’re fired.  The only way I can describe you is just plain lazy. Dude, if you don’t get your act together you are never going to keep a job.  Employers won’t put up with lazy.”  Or consider this instead, “Zack, we’ve talked about the standards and you just are not meeting them.  You’re being let go effective today.  Zack, I’d like to give you a bit of advice.  I am not aware of any employer who would be OK with the level of effort you displayed while working here.  However, I do believe that everyone has potential and hidden talents.  While I don’t think you have been showing it here, I do hope you find a field that will inspire you.  It would be great for you to find a job that makes you want to show your potential.   Good luck and I wish you well.”

Some of you may be thinking this sounds fine but terminations in general is way out of your comfort zone.  This is true for most employers.  I coach my clients on this method and they are pleasantly surprised by the outcome.  First, we develop a script, then we role play. This includes exploring possible responses. This is critical because termination meetings can get messy, it is important to be prepared.  Of course, throughout the process we also explore possible legal landmines. Sometimes an attorney needs to assist to mitigate risk. I also insure there is proper documentation.

Of course, there are scenarios that do not merit “terminations with dignity” such as theft, and certain forms of misconduct such as sexual harassment, or discriminatory acts, (etc.).  But these are the exceptions because (despite all the media coverage), they are less common than basic performance shortcomings.

I’ll sum this up with my favorite, true, “happy ending” (termination) story.  A manager was going through a tough time; his wife had cancer.  He was a likable guy and his employees cared about him.  However, his temper was his shortcoming. He had been coached, worked with and even “written up” about his outbursts long before the news of his wife, in fact, he was already being considered for termination.  With the added stress, his outbursts had only gotten worse to the point it had created a hostile work environment. The company had to let him go.  (Legal was involved because of a possible FMLA discrimination claim, but agreed it was necessary.) It was tempting for my boss to “read him the riot act” but instead we both decided it was best to let him leave with dignity. He had contributed too many good years to leave on a bad note.  I coached my boss on how to conduct the meeting.

The goal was to explain that the job was too stressful for him, that it was time to find a different industry which would capitalize on his many talents but not pressure him with the tight deadlines of his current role.  We anticipated an outburst and were prepared for all scenarios. Instead the manager got teary eyed and thanked us for being so patient.  He came back to visit a half year later.  He looked like he had undergone a facelift, the years lifted away. His wife’s cancer was in remission.  He confided that when he was let go, he felt like his world turned upside down.  But he said what stuck with him was how he was reminded of his talents and to look for a better fit in a less stressful environment. He said he took that advice to heart and found the perfect job which he loved.  The most impressive statement was when he said, “Being fired by you guys was the best thing that ever happened to me, thank you.”  I can only wonder how things would have turned out if he had been “read the riot act” and let go in a hostile fashion. Would he have bounced back so easily?  It turned out his temper was easily manageable in a job with less pressure.

I’ve never met an employer that “liked” terminating employees.  It is one of those difficult, yet sometimes necessary steps in employment.  “Termination with dignity” is a concept most people find unusual, but once they try it and see the results, they never go back.  Done properly, it can have lasting positive effects for everyone.